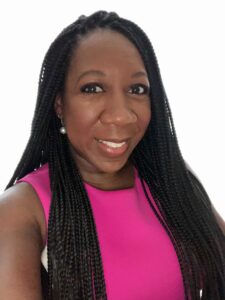 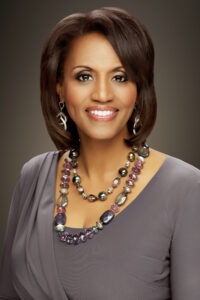 Donna Lowry and Tia Mitchell, are used to interviewing governors and senators, but rarely are these two ladies on the opposite side of the table. Lowry is the host of Georgia Public Broadcasting (GPB)  “Lawmakers,” and Tia Mitchell is the Washington D.C Correspondent for The Atlanta-Journal Constitution (AJC). Between the two of them, they share more than six decades of journalism experience, but the road to their current positions has not always been easy. Both women. explained how their careers developed, despite the challenges they faced along the way.

Donna Lowry’s 40-year-long career dates back to high school, where she participated in her school’s newspaper. However, her first official news job was at WEEK-TV in Illinois. She continued her career with various reporting jobs in Orlando, Florida and Atlanta, Georgia. Lowry worked at NBC’s Atlanta affiliate 11Alive, where she spent 30 years of her career covering education issues. Her experience with education also landed her two different positions in two separate school districts, one being Chief Communications Officer for the Fulton County School District.

“That job was probably the hardest job I ever worked in my life because it was very involved and I was on call 24 hours a day,” Lowry explained.

The job was challenging, but being one of the few black women in the newsroom was a struggle she had already overcome.

“Early on it was said that we didn’t have the stamina, the foresight, and the abilities that men did,” Lowry began. “On a positive note, it did help to have black reporters who were able to report on things and could understand on a personal level. I feel blessed that I’ve had a chance to interview everybody from Civil Rights Leaders Coretta Scott King to Andrew Young.”

Tia Mitchell’s career started just south of The Peach State at her alma mater, Florida A&M University. After graduation, she was a staff writer for The Florida Times and a reporter for The Tampa Bay Times. As a reporter there, Mitchell says she experienced her level of disconnect, struggling with the difference in the company culture of these publications.

“Jacksonville’s newspaper was a lot more casual. We were more empowered to be critical even of the paper on Twitter,” she started. “The culture at The Tampa Bay Times was more formal. So, the first thing I did was get a mentor. I went to the managing editor and said, “I need some help.”

Seeking out help and networking was the right decision for Mitchell. She vows the importance of mentorship and even revealed she still has a mentor for guidance.

Furthermore, reaching out for that helping hand is what allowed her career in Florida to last over a decade. But, then she moved to Georgia as DeKalb County’s Lead Reporter for the Atlanta Journal-Constitution. After two years in this role, she was promoted to  Washington D.C. correspondent.

While more diverse faces are behind the scenes and in front of the camera, the challenges these women endured have not vanished. Mitchell spoke briefly about internal and external conflicts as a journalist.

“I don’t want to be labeled ‘the angry black woman. I always ask myself how often do I speak up and how do I speak up? Those are all things I’m working through, in addition to, trying to do my job,” she stated. “But I still have to make sure the AJC is doing right by black people.”

Wading through those types of challenges is what drives Lowry and Mitchell to mentor the next generation. Lowry assists the Girls Scouts during her free time, and Mitchell is the chair of the National Association of Black Journalists’ Political Task Force. Mitchell says she didn’t take advantage of all of NABJ’s opportunities during her  undergraduate matriculation.

“I went to an HBCU, so I thought, my J-School is black journalism. Why would I need to join NABJ? I just didn’t get it. But, my friends who did join, got all of these opportunities and I had to catch up. I want to help young journalists have what I did not have.”

Lowry said she wants younger journalists to think about all the challenges that come with this career path. “Make sure it is your passion. If you are a storyteller and you like writing, then you have to start there. From there, it’s relationships, relationships.” She continued, “Don’t be afraid to speak up. You don’t have to be disagreeable to disagree, just choose your words wisely.”

Scrolling down your timeline you’ll probably see a number of TikTok videos or even audio clips, but the power of the pen isn’t dead in the 21st century. Black women are now opening up about their experiences in journalism through new books and autobiographies. These vulnerable stories include the good and the bad about their trials and tribulations in their careers.  If you have some time this month, I encourage you to read the books from these five trailblazers. 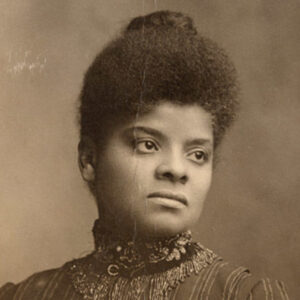 The first book is, “Crusade for Justice: The Autobiography of Ida B. Wells, Second Edition” by Ida B. Wells. Ida Bell Wells-Barnett was a groundbreaking American investigative journalist, an activist, educator, civil rights leader, researcher and one of the many founders of the National Association for the Advancement of Colored People (NAACP). Her hard work and dedication to the art of journalism and feminism have paved the way for many women today. Her autobiography gives a fantastic insight into her personal life which is a side of her we often don’t see. She is viewed as a strong Black woman, a fighter and a trailblazer, all of which she is and will forever be, but her autobiography allows her to open up to us about topics such as motherhood. 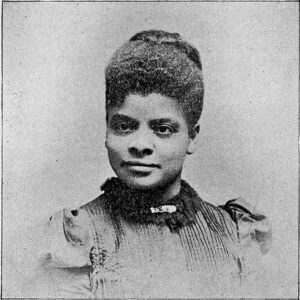 Another great must-read story by Ida B. Wells is “The Light of Truth.” This book covers more of her early works and articles, including some of her stories about the lynchings of African-Americans. Ida B. Wells began documenting lynchings against African Americans after her friends Thomas Moss, Calvin McDowell and Henry Stewart were lynched because they were competition to a white grocery store owner. Some of the articles included in this volume helped to shape her career in journalism. Ida B. Wells’ archive collection is outstanding and shows her true testament to her community and activism. 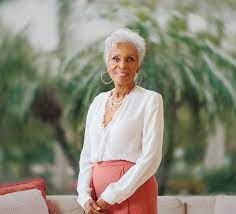 The next book is ‘Trailblazer: A Pioneering Journalist’s Fight to Make the Media Look More Like America’ written by Dorothy Butler Gilliam. Ms. Gilliam was the first African American woman in the newspaper business at the Washington Post. She shares in her memoir the struggles surrounding but not limited to race and gender as well. A quote that shows just how much of a trailblazer she is is “My greatest reward was the respect of my reporters. Our mutual aim was to bring about a broader view of Blacks and write stories that showed them as full human beings.” Her autobiography gives direct behind the scenes to an amazing era in history and sheds light on the progression of journalism and newsrooms in America. 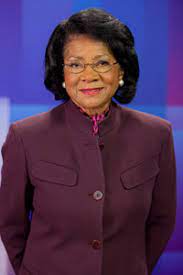 ‘Never in My Wildest Dreams: A Black Woman’s Life in Journalism’ by Belva Davis is an excellent autobiography about her life being the first black female television journalist in the western United States. Her career has been filled with heavy news headlines, which include but are not limited to Vietnam War protests, the AIDs epidemic, the rise and fall of the Black Panthers and many more. Davis shares her stories and perspectives through her book and includes the struggles and adversities that she faced as a Black woman in the world of media. 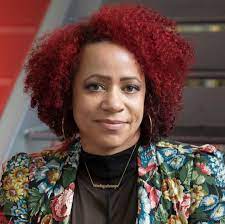 Last, but surely not least is the ‘The 1619 Project: A New Origin Story’ written by Nikole Hannah-Jones. She is a journalist, activist, Pulitzer Prize-winning reporter, co-founder of the Ida B. Wells Society for Investigative Reporting and educator at Howard University. According to her website, “The New York Times’s 1619 Project commemorates the 400th anniversary of the beginning of slavery in what would become the United States by examining slavery’s modern legacy and reframing the way we understand this history and the contributions of black Americans to the nation.” The book includes contributors that are journalists and historians to help readers gain a better understanding of Black history and where it truly starts. The book has caused some controversy due to it pointing out the fact that salvery has been rooted in America’s history for far longer than we have been taught. However, it is an amazing read that allows hidden pieces of history to be awakened.

These books don’t even hit the surface of the amazing books written by Black women journalists throughout the years, but they are definitely a great start. These books give insight into the lives of people who have come before us doing and fighting to do what they love, so journalists today can do what they love. Many of these women pushed past so many barriers, including gender, race and even what was considered “the norm.” We can celebrate the life and the hard, dedicated work that these women have put into their craft with these books.

This issue of the Byline was edited by AABJ VP of Print Tianna Faulkner and The Byline Chair Natalie Mendenhall.