It is such an honor to serve as president of the Atlanta Association of Black Journalists for the 2022-2024 term.

I can remember vividly the excitement I felt when I one of my very first printed articles appeared in these very pages. For a long time, The Byline has served as a platform for young writers to sharpen their journalism skills, and at the same time, informed our readers about stories that truly matter to them and our community.

I am certain that the levels of pride and excellence affiliated with The Byline will remain continuous under the helm of seasoned journalists Tianna Faulkner and Natalie Mendenhall. Our monthly newsletter will continue to be a significant source of information about those occurrences that matter most to our readers. Concurrently, The Byline will continue to mold and professionally develop another generation of young, Black Journalists. In doing so, we will ensure that our stories and voices are heard and respected.

I want to thank you for your continued support of this important publication, as well as AABJ as a whole. The Byline Team and I look forward to providing you with important and compelling content, as only AABJ can!

Students at Morehouse College who want to become journalists, now have a new way to reach their goals. They can now take journalism classes at Morehouse that will allow them to tell stories about drones, dive into hot topics in arts and entertainment, and even take a class on activism for Black athletes. These new courses are a part of a newly approved program called the Bachelor of Arts in Journalism in Sports, Culture, and Social Justice.

The journey to get to this cross-disciplinary study started back in 2007 when Morehouse started its first sports journalism program. The college’s website says it was named after alumnus Spike Lee ’79 and the late Ralph Wiley, one of the first Black sports columnists to work at a major daily newspaper.

The program was only accessible as a minor that had an emphasis on sports and was only available for students majoring in English. Ron Thomas, Director of the Journalism and Sports Program at Morehouse, says he noticed students who were not interested in sports would drop out of the program. To counteract that he started brainstorming the shift in the program three years ago. With the help of journalism professor Mikki Harris, Thomas drafted a new program which the college’s board of trustees approved last year.

The three unique tracks will serve as concentrations within the major , allowing students to focus on what they are most interested in. Students will have to take six general journalism courses before taking four courses in the track that they declared. This opportunity will also help journalists off of Morehouse’s campus. It will be open to students from Clark Atlanta University and Spelman College through the Atlanta University Center Consortium (AUCC)  cross-registration initiative. “We were thinking about what students in the AUC would be interested in and we came up with having a more wide range program. We wanted a bigger program, one with a bigger reach,” Thomas said.

Thomas is hoping to be able to give students experience with off-campus reporting if the pandemic allows.  In the past, he has taken students to attend the NABJ convention, cover Falcon games, prominent speakers, and more. The program currently has seven students majoring in journalism, and 22 students minoring. With heightened interest, he also has hopes that these numbers will grow. With the charge of  ‘Changing the Face of Journalism,’ and Morehouse’s Journalism and Sports Program, Thomas hopes to engage even more students.

It’s officially February and AABJ wishes everyone a Happy Black History Month. If you’d like to celebrate this month but not quite sure how, here’s a list of the top five exhibits in Atlanta you should visit. 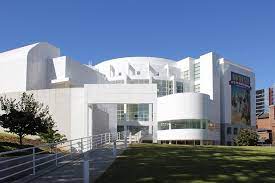 What makes this February different from previous years at the High is the guests in town. “The Obama Portraits Tour” is on display now,through March 20, 2022.  In addition to the portraits of the former president and First Lady, children in grades K-12 can explore the Midtown museum’s featured black artists. Brian Donnelly brings his tour, “KAWS Prints” to center stage. The exhibit has sculptures, popular culture and fine art. Keep in mind that if you do visit the Obama portraits you must purchase a separate ticket from general admissions to book a slot.

The APEX Museum sits on Auburn Avenue in the Sweet Auburn historic district. It takes a look at the history from ancient African American civilization to the modern day, this experience will leave you remembering and even enlightened. You can visit the museum from Tuesday through Friday to walk through this timeless exhibit.

3.  The National Center for Civil and Human Rights

This museum is nestled in downtown but you don’t have to fight traffic to see their offerings. The center is hosting virtual programs for the entire month of February with the theme, “Truth & Transformation: Confronting the Past to Create An Equitable Future.” If you do want to see the works in person, note the average visit at the Center normally lasts approximately 70 to 90 minutes. Also, keep in mind when visiting the exhibit that safety measures have been put in place to protect visitors and staff and tickets must be purchased online prior to your visit.

To honor Black History Month, artists LeMarques McClide, Moses Miyagi, and Elma Orr have contributed their artwork to be displayed along the Brook Run SkatePark perimeter fence. The large scale murals will be featured through the end of the month.

The Noble Hill Rosenwald School was built in 1923 as the first school for Black children in the Bartow County School System. This school was constructed and dedicated specifically for the education of Black children. Now, as a museum it features historical Black culture dating back to the late 1800’s. You can visit this historic site Tuesday through Saturday from 9 a.m. to 4 p.m.

If you have time to stop by these museums and bask in art and the history of African American culture feel free to visit their websites to read on COVID-19 protocols and enjoy everything they have to offer for Black History Month.

Elisheva Wimberly is a freelance journalist who recently got her Bachelor’s Degree in Journalism from Georgia State University. 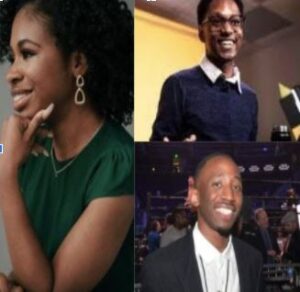 Three Atlanta Journalists Give Insight on Their Experience as Black Journalists

Atlanta is known as the “Black Mecca” or “Black Hollywood” in today’s society. Being Georgia’s capital, Atlanta really does live up to that name.  The city has everything from arts and entertainment, culture, history, professional sports, popular music, and even politics. But what is it like to write in the Peach State’s largest city? Three Black journalists give us their insights for Black History Month.

Joseph Ferguson, @Joseph_Fergie, is currently a Social Media Producer for The Atlanta Journal-Constitution. The newspaper’s website reports, “Joseph writes, hosts, and produces the Youtube series ‘Atlanta Journal-Constitution In Context.’ ” On the Youtube channel, Ferguson focuses on producing videos that explain and break down topics to help people better understand news-related topics. This style of journalism is evolving and becoming more popular due to more people engaging with the short clips on their timelines. Ferguson states this shift shows that the 154-year-old paper is willing to adapt.

But at other papers that wasn’t the case for Furgeson. He says in the past others in the industry didn’t always take his voice and input seriously in his career. However, in Atlanta, he feels things are on a level playing field. “Here [Atlanta] I just have to perform and do good work. I really feel like I’m being judged off of the merit of my work”, he stated.

Eric Jackson, @epjackson,  was born and raised in Atlanta. He later became a Sports Business Reporter for Sportico. His beat sits at the intersection of sports and business, meaning he pivots to cover what’s happening on and off the field as well. But before starting his journalism career,  Jackson struck out a fair amount. He had no journalism background in college and didn’t have a high-profile internship on his resume. His main words of advice to younger journalists would be, “know what you are getting into and to dream big. I think it’s easy to make yourself small.”

Jackson recently moved north to New York to cover more national news, but before working for Sportico, he wrote for The Atlanta Business Chronicle for over two years. “I don’t think there is a better city other than Atlanta to be a Black journalist,” Jackson stated.

Freelancer Jewel Wicker, @jewelwickershow, would have to agree with those sentiments. She is another Atlanta native who has struck gold in the market. The entertainment reporter boasts bylines from publications such as GQ, Billboard and, NPR Music. Wicker says she was able to get the spotlight from national publications because of living in such a popular city. She adds that with more eyes turning to Atlanta reporters have a new purpose,  “I think we have a responsibility to tell a story that is often overlooked, and I try to do that in my work.”

So whether it’s covering the latest breaking news of the day or a new song from some studio in Atlanta, there are plenty of opportunities for black writers. Atlanta provides Black journalists with the platform they need to have their voices heard while lifting others.

This issue of the Byline was edited by AABJ VP of Print, Tianna Faulkner and Byline Chair Natalie Mendenhall.