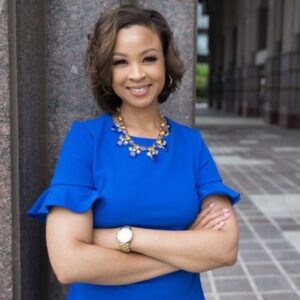 UNPACKING IT ALL:  HOW BLACK JOURNALISTS CAN COVER RACE AND EQUALITY

“When I was a younger journalist, there was always this whole thing about not becoming the story. You have to disconnect yourself from the story.”

That’s the message Nicquel Terry Ellis remembers hearing from her early days as a journalism student at Michigan State University. But fast forward a few years and now times have changed for the Senior Writer of Race and Equality at CNN.

Ellis says a major shift in how newsrooms cover race came in the summer of unrest following the police killing of George Floyd in 2020. As the country wrestled with the injustice of its past, many editors were left with the question, “How do we handle bias?” Ellis said during that time, and even now, she finds it difficult not to insert her perspective into stories when covering communities of color. “We know that these are going to be stories that are impacting people who look like us. People who we identify with, our families, our friends, our neighbors, our children, are impacted by what’s happening in the country. It’s, hard to [not] feel connected to these issues.”

Thus, when CNN created its Race and Equality department two years ago, she saw it as a chance to be a voice for her community. The award-winning journalist has covered in-depth- topics such as COVID in communities of color, Black maternal health, and even how Black voters flipped Georgia.

But with those weighty topics also comes the need to unplug. Ellis says when she’s not working on the weekend, she tries to soak in all the love from her infant daughter and husband. “When weekends come, I don’t have to work normally so I can unplug.  Saturday, I’m not going to watch the news… I’m going to spend time with my daughter and my husband. We’re going to go to the park, we’ll get dinner, ice cream, and we’re going to play because I just need that.”

And Ellis says a support system goes beyond having her family and friends. She adds you also need professional connections and mentors. “Get a mentor, find someone who you admire or someone who is willing to help you. Someone who has reached a point in their career that you want to hit.”

Finally, when asked if she had advice for journalist students, Ellis said networking with other journalists is important. The2022 NABJ convention in Las Vegas is a good place to start. Ellis also recommends students apply for the NABJ Student Projects at future conventions. “I would definitely highly recommend black student journalists look into that program through NABJ because they do sponsor your entire trip. You basically go, you work for the convention, reporting stories about the convention, and they have it for both digital and broadcast.”

FOUR FESTIVALS TO ENJOY IN ATLANTA BEFORE SUMMER ENDS 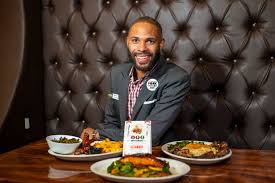 Founded in 2016 by Warren Luckett, Falayn Ferrell, and Derek Robinson, Black Restaurant Week® is dedicated to celebrating the flavors of African American, African, and Caribbean cuisine nationwide. Through a series of events and promotional campaigns, Black Restaurant Week’s culinary initiatives help introduce culinary businesses and culinary professionals to the community.

Our innovative approach to a restaurant week includes highlighting other aspects of culinary businesses including catering services, food trucks, and culinary products. This helps stimulates the local economy and presents full access to the Black culinary industry which is a key ingredient to the American culture. 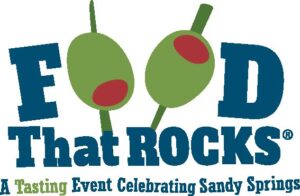 Dine at Restaurants in Sandy Springs. A tasting event like no other, celebrating Sandy Springs Restaurants, Food, Wine, Beer & Cocktail Tastings, plus Chef Demonstrations during the day and Live Music at night

Taste of Atlanta is committed to building greater awareness and support for the chefs, their restaurants and staff who work tirelessly to provide us with delicious food and drink experiences that we cherish. Taste Around Town events, which include events in Alpharetta, Sandy Springs, Midtown, and Chamblee, will explore cool communities and discover established and new neighborhood favorites. Enjoy signature bites from favorite chefs and top-rated restaurants along with wine, beer & cocktail tastings, chef demonstrations during the day and live music at night. For more information, visit Taste of Atlanta. 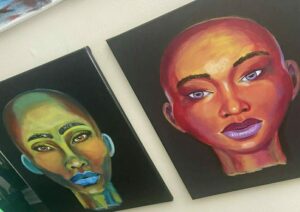 The Piedmont Park Arts Festival is a visual arts and crafts event held annually in downtown Atlanta’s Piedmont Park. This two-day festival of the arts is centered around a large artists’ market and family-friendly events.

Over 250 artists and vendors present a variety of mediums and crafts at the Piedmont Park Arts Festival, from photographers and painters to leather workers, jewelry makers, glass blowers, and sculptors. Along with artisan demonstrations, the festival also offers food trucks and beverages, performances and shows, and a children’s play area and activities. Admission to the festival is free, and funds raised are donated to an area charity or fundraiser.

Over the last twelve years, BronzeLens has promoted the work of independent filmmakers of color from Atlanta, the Southeast region, the nation and the world. The growth is rooted in the high standards, in participation by leading Hollywood professionals (including partners like WarnerMedia, Turner, HBO, Universal Films, BET, VH1, Panavision, and ARRAY (an indie film releasing platform founded by BronzeLens honoree/Selma director Ava DuVernay) and in success stories derived from relationships started at BronzeLens. Visit Bronzelens Festival for more information.

This issue of the Byline was written by the Byline Chair Natalie Mendenhall and edited by Tianna Faulkner, AABJ VP of Print.