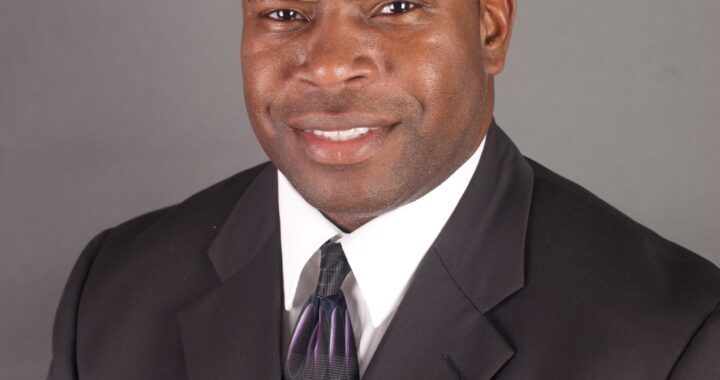 When he is not teaching Clark Atlanta University journalism students the ins and outs of the business, Christopher Daniel is racking up bylines for the likes of The Daily Beast, The Undefeated, HuffPost, Atlanta Magazine, and  NBC News.

But, the award-winning journalist’s love of words, entertainment and culture began well before he started helping students jumpstart their career in the media industry.

Daniel found a love for entertainment with his childhood being surrounded by constant music. His mother was a general manager at night clubs and his father a DJ. At nine, Daniel was captivated by Nelson George’s writing style and Ed Bradley’s interview skills.

“One of the first books that I remember reading was this book called ‘The Death of Rhythm & Blues’ by one of my favorite writers, Nelson George,” Daniel said. “I just noticed that as a nine year old reading this adult book that the way he wrote about was the same way I thought about the music that I heard in my house.”

The writing passion for Daniel started early and was seen through his constant love for reading magazines at the supermarket and carrying his own notebook.

“I would literally go to the supermarket and read magazines. I could rundown the bylines of all my favorite writers. I used to walk around with a notebook and write all the time,” he said.

Daniel started his career through his involvement in nonprofits and wanted to cover things that carried purpose. Eventually, his work spoke for itself and opened endless doors of opportunity.

“At the time there weren’t a lot of people covering it [nonprofit events]. I made it my thing. Every weekend I was at The High Museum, Georgia Aquarium or the Fernbank Museum. I was networking with all these executives and different people. They would see my blog post about who received an accolade at the gala that year,” Daniel said.

“They would reach out through  LinkedIn or through my email. A lot of it was connecting with communications teams that work with these nonprofits,” he continued. “Naturally, all of these people wanted to invite me to lunch and I started going to events like The Commerce Club. I was just out and talking about things that I did.”

With Daniel’s immense amount of passion, he went into his career with a strategic mindset that prepared him to handle any difficulty — including maneuvering the challenges of virtual teaching as a professor.

“As a journalist, it wasn’t hard at all. It was more of a challenge at Clark Atlanta, where I teach. That was because I wasn’t really sure of the content management system or learning management system that we [the school] would have to use to communicate with the students,” Daniel said. “The challenge was trying to figure out how we would transition from the physical setting and deliver it to the virtual setting.”

Daniel expresses that his strategic networking helped his career and assisted him in gaining more opportunities during the pandemic.

“I had so many relationships that I built over the years and most of them started by showing up to places and someone referring me because of something they read in a smaller publication. I was just making sure that when I went places I had strategic networking,” he said.

Now, after making a name for himself, Daniel uses his connections in media to help students at Clark Atlanta University, has dedicated his career to giving more Black writers opportunities, and tries to be a form of representation for his students.

“I knew if there was an assignment I was going to get it. I also knew if they needed students that were good in PR and journalism and would ask for my recommendation,” Daniel said. “That’s why so many students at Clark Atlanta right now are doing well. Why, because they asked questions and followed every move that I was making. It really rubbed off on them by paying attention to the bylines. It really encouraged students to do it because I was doing it.”

But Daniel also cautioned against feeding into misconceptions people have about the entertainment industry whether you’re consuming media or working in the field.

“You still have to research people and watch tv shows up close and listen to full-length albums and mixtapes. You should be able to read voraciously,” Daniel said.

As Daniel reflects on his career, he realizes the importance of always executing quality work. Daniel has received endless attention from the entertainment industry and multiple interviews and is thankful to receive the opportunity to share his story with up-and-coming Black journalists.

Daniel urged rising journalists to “keep your ear to different topics and different things people are talking about. Pay attention to what these editors and producers are doing on social media.

“A lot of times they put their emails and social media handles out there. They also share the pay and how to pitch,” he said. “It’s one of those things that if you are going to be virtual, you have to utilize the virtual in all possible ways.”

From crisis management to event planning, publicist Carlos Scott has been able to establish upstanding brands and reputations for celebrities. The marketing extraordinaire is known in the PR industry for his ability to strategically navigate a myriad of matters for his clients.  Scott’s expertise has led him to be seen on CNN in 2016, where he gave professional insight on the scandal surrounding Olympic medalist Ryan Lochte, who fabricated a story about being robbed at gunpoint with three other swimmers. Carlos also spoke on his experiences and his responsibilities at N-Vision Marketing, his Atlanta-based marketing firm. Scott spoke to AABJ’s The Byline about his marketing and PR expertise.

DJ: Tell me how you became interested in the PR industry? Did someone inspire you, or did you discover the industry on your own?

CS: It was really my sister who introduced me. After leaving the military, I actually found myself in the music industry as a songwriter. I was able to sign a deal with a record label and started writing for a new artist. I remember sitting in a meeting for about four hours waiting to play the new records we recorded, but that never happened. We spent hours discussing the artist’s image and reputation. We even talked about her dermatologist! That’s when I realized what importance PR, marketing and image had, not only on artists, but on any talent.

DJ: What do you believe is the most difficult part about your job?

CS: I would say the most difficult part can be the clients. You can get clients who are “a problem child.” Another thing is the communication and elitism in the industry. It’s always about respect for me. I can send emails and people do not respond because they see I’m not worthy or they’re not interested. To me, that’s disrespectful. You should treat everyone equally in this industry because you never know who will be your boss.

DJ: As a PR veteran, have you seen any PR trends occur in the past year?

CS: I have definitely seen some trends change. I told a friend of mine earlier this week that the ability to adapt and embrace technology has been the biggest trend. People who couldn’t do those two things probably weren’t able to keep business coming in during COVID-19. In times like this, it’s good to keep your ear to the streets and your mind open.

DJ: Social media has allowed for news to travel across the world easily. It is possible for anyone or anybody to trend on Twitter. Do you believe this has added pressure for publicists when they are managing a crisis situation?

CS: Absolutely. Social media marketing is actually something we specialize in. You just have to learn how to be smart and intentional with every post. We have clients who just don’t need social media because they are so well-known. Some clients just don’t need it for their own good. In those cases, we usually will manage their social media accounts ourselves.

DJ: What does your typical workday look like? Was it altered at all because of COVID-19?

CS: A typical workday for me doesn’t really exist. Every day can be different depending on the client. Some days I am at my desk emailing pitches. Other days I am helping clients with interviews. The pandemic didn’t hurt business for us actually. The only thing that stopped was traveling. I used to fly from four to five times a month, but that stopped once the world shut down last March.

DJ: What advice do you have for current students who are studying to become a PR expert like yourself?

CS: I would advise any beginner to get an internship first. I say that because it will help you determine if this is the business you really want to be in. I’ve had interns work for me, and say, “You know, Mr.Scott, I’d like to thank you for this opportunity, but this just isn’t for me.” The work is more labor intensive than people think. You need to study the craft in general, get an internship to discover which entity you want to do — whether that be corporate or entertainment — then study this entity.

Da’Zhane Johnson is a student at Clark Atlanta University.

This issue of The Byline was edited by Raisa Habersham and Tianna Faulkner.