“I recognize it’s historic and meaningful to a lot of people here in Savannah,” Cash says. “You step into a space that has never been occupied by a person of color before means a lot to me.” 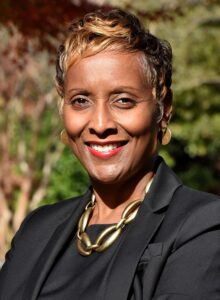 Cash recognizes that being a part of a history comes with a great responsibility. Occupying this position at this moment in our country with the outpour of race relations, Cash admits, is no more than perfect timing. Richardson assumes the same responsibility with her new role. Richardson says there’s a part of her that will be glad when we don’t have to celebrate these types of first and they become a part of our norm.

“It is long overdue. It’s 2021 and we’re still celebrating a lot of these first,” says Richardson.

Richardson declares that even though she is the first Black woman to have this role she is still an avid and experienced journalist who does not want to be overshadowed by her race and gender.

On the other side, Richardson is honored to carry such a confounding responsibility to represent people and communities who never thought this might be possible.

Neither Cash nor Richardson ever had ambitions to become executive editors.  Cash spent a majority of her career as a reporter. Cash covered college football and basketball at The Dallas Morning News and moved into management at The Atlanta Journal-Constitution, where she was a reporter for seven years and covered college athletics. 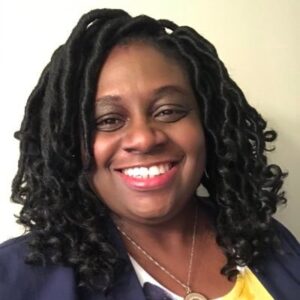 Most of her career has been in sports even though she’s always had an interest in news. “I found myself wanting to be involved in coverage such as COVID-19 and the loss of Breonna Taylor,” Cash says.

Cash has always been drawn to leading people. Her leadership skills were natural because she never craved a title. Cash has had mass amounts of support from people surrounding her. She only hopes that other people also aim to reach their goals.

Just like Cash, Richardson always felt like she needed to do more. Richardson has also had plenty of mentors who have helped her along the way. She always needed to prepare for the next step in her career. Now, she’s concerned with her next move having purpose.

“When people see me in a meeting or on the other side of a call and I look like them, I can fulfill my greater purpose,” Richardson says.

Richardson started her first newspaper in middle school. Journalism is all she’s ever wanted to do. She started at a small newspaper at Culpeper, Virginia making minimum wage. She worked for  The Florida Times-Union in Jacksonville, the Lexington Herald-Leader and moved to Atlanta as an editor in one of their bureaus. Richardson spent most of her journalism career in Atlanta and says she would not trade her experience for anything.

Richardson always felt like she could have a voice even outside her own job. She spoke up when she saw something wasn’t right and believed that the best leaders operate outside their own job description, not stay in a box.

“Always see yourself as a leader,” Richardson says. “It’s important to speak up for what’s right and learn as you go. You have to think beyond yourself.”

Both Richardson and Cash have goals for their newsrooms to continuously create notable journalism. Both the Miami Herald and the Savannah Morning News have a history and brand of creating celebrated journalism, and these two women are making it a mission to continue that tradition.

Both women want the people in their newsrooms to feel empowered and they both desire to reach and connect with communities to best serve them to do their best work and be successful.

Elisheva Wimberly is a student at Georgia State University.

The Importance of the Black Press

The Atlanta Voice is known for effortlessly highlighting the Black community within Atlanta. The newspaper was founded during the Civil Rights movement in 1966 by the late Ed Clayton and the late J. Lowell Ware.

“Our purpose is ensuring that the people who have been the most oppressed and disenfranchised have a voice and are able to tell their stories that are based on the truth,” said Marshall Latimore, current editor-in-chief of the historical newspaper. 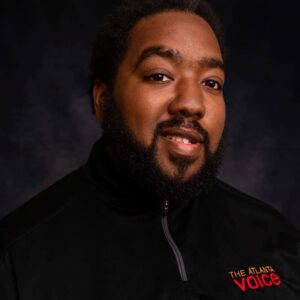 For the past four years, the mainstream news outlets, such as CNN and ABC, have been labeled “fake” due to the amount of political tension the world has endured under former President Donald Trump. Former three time Editor- In- Chief of The Voice, Stan Washington shares how influential the black press is during election season.

Washington recalls an article he wrote titled “#Election2018” where he described the ballot to voters who may not be as informed. He continues to share that it is important for journalists to take the approach of informing the masses.

And where publications in predominantly Black cities lack the cultural awareness to provide astute coverage for Black residents, Black-owned papers fill that void. 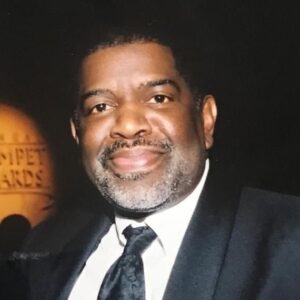 Latimore worked for a publication in his hometown Birmingham, AL, a predominantly Black town with black local leaders. Unfortunately, the front page did not reflect the town’s population.

“They are making decisions about covering this Black city and most of them don’t live in the city. It would be very frustrating at times,” he said. “The big stories would always be negative stories about Black politicians, Black corrupt business or Black crime. In every city there are a variety of negative and positive things going on. You make a choice in how those stories are covered.”

The Black press’s influence transcends election season. It is a space to employ Black journalists and grant them a starting point. Washington truly believes that the Black press can prepare the next generation of journalists.

But Washington said journalists still need to have basic skills and adopt an entrepreneurial mindset. “Young journalists are going to have to be more entrepreneurial,” he said. “They are going to have to learn how to be a single person LLC. Learn how to build their own brand and outlet. Have a real mission to serve the people and not to become famous.”

Latimore emphasized the importance of solid reporting and mastering the detailed skill of storytelling, saying “the way you tell a story matters.”

Jamila Wood is a student at Clark Atlanta University.

This issue of The Byline was edited by Tianna Faulkner and Raisa Habersham.