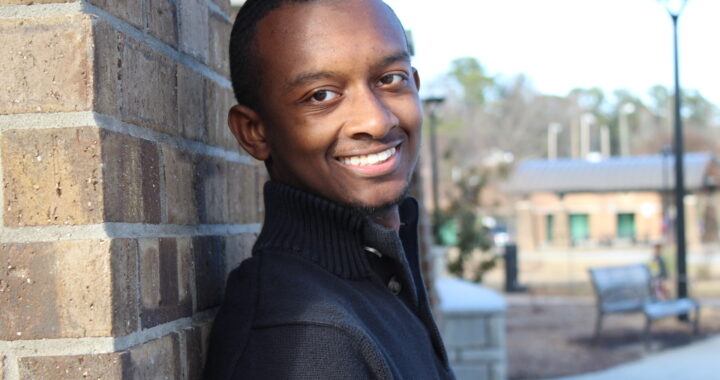 A week after Election Day, Morehouse College’s Journalism and Sports Program hosted its annual post-election analysis discussion. The college has held the discussion since Barack Obama was elected president in 2008.

Led by program director and Morehouse College professor Ron Thomas, this year’s event, which included a panel discussion with diverse journalists, focused on the presidential race, Georgia Senate runoffs and the state’s transformation to a “blue state.”

NBC News White House correspondent Geoff Bennett said covering President Donald Trump changed his life and spoke on what made the past for years difficult for him as a reporter.

“You can’t trust people who are saying things which are close to the president,” Bennet said. “The biggest part is separating the noise.” Bennett said relaying words precisely as they appear from President Trump is crucial in not hiding the truth.

“If the president is using racist language, call it racist and not racially charged. Be empowered in the newsroom and say it on air.”

Biden will be 78 years old on January 20. If inaugurated, he will be the most senior president ever to take office, and could lead to Biden not seeking a second term, Greer said.

“They cannot fathom a Black woman, an Indian woman, a child of immigrants, a graduate of an HBCU possibly as a leader of the free world,” Greer said. “It’s not about Joe. I think it’s about this idea that a black woman could be in charge of the United States of America.”

The divide between both the Democratic and Republican parties in this country has led Greer to believe we’re at a point of no return.

“We’ve shown time and time again in the past four years that white supremacy, anti-Black racism, and patriarchy are the foundation and bedrock of this nation, and we have not moved very far away from it,” Greer said.

“It’s important to note over the past 20 years, Democrats have always lost the runoffs. But their showing in the 2018 runoffs was stronger than it has been,” Morehouse College political science professor Adrienne Jones said. “For this particular runoff election, all eyes are on Georgia. Hopefully, people will stay motivated and realize the high stakes.” Jones added Biden and Harris’ ability to run the government will be enhanced by Georgia democrats winning the Senate races.

“There’s a risk in both races, but this is a different kind of runoff Georgia has seen before,” Jones said. “We should expect different and improved results.”

Republicans invested in Latino voter registration all over the country. President Trump received Latino support in Florida and Texas. Mariela Romero, the producer of Univision news magazine Conexión Fin de Semana, said the support of a Hispanic person comes from either what country they’re from or where their family is from.

Romero said many Latinos voted for Trump due to false claims that Democrats are socialists. Ads compared Joe Biden and Kamala Harris to Venezuelan socialists and Cuba’s Castro family.

“It was shocking. It was completely false,” Romero said. “It executed rapidly, and people were fighting like the democrats were the worst thing that happened to this country.”

Many Latinos living in rural areas are also exposed to talk radio. Romero said Democrats have to do a better job in reaching those communities, adding the message that comes from propaganda, social media, and radio is compelling.

Romero also said religion plays a role: Many Latinos are Catholic or becoming Evangelica and some of those churches are very anti-LGBTQ and anti-abortion. While Trump lost the support of white Catholics, he gained approval from Latino Catholics, she said.

“The lesson for the Democratic party is: The Latino electorate is too diverse to pigeon hole,” Romero says. “Democrats have to send targeted Latinoes to the Hispanic community.”

Elisheva Wimberly is a student at Georgia State University.

The intimate event was a virtual conversation with topics ranging from the progress of women to how COVID-19 and racial injustice have thrusted issues of inequity into the headlines.

“We’re not complaining — we’re explaining. Full justice is not served until those who are not affected are as outraged as those who are,” Roberts said.

Monica Kaufman Pearson, a retired anchor for WSB-TV, served as moderator for the program. Pearson, a staple in Atlanta, has a long friendship with Roberts. Back in 2012, Roberts served as emcee for Pearson’s retirement party held in the Fox Theatre while battling her newly diagnosed myelodysplastic syndrome, or MDS.

As keynote speaker, Roberts detailed the highs and lows of her lifetime. She fondly shared her journey to becoming a successful anchor and the struggles of being a Black woman in journalism.

“I made it very clear: I am proud of who I am doing the work like everyone else,” Roberts said. She recalled working multiple jobs, even working as a school bus driver on her quest to make a name for herself in media.

The youngest of four children, Roberts grew up in Pass Christian, Mississippi.

“I grew up knowing 3 D’s in my family: discipline, determination and da-Lord.” The euphemisms instilled by her family led her to the path of success and stressed the importance of a familial unit.

Before landing a permanent role as co-anchor for Good Morning America in 2005, Roberts worked with ESPN for 15 years, hosting Sportscenter and covering the 1992 Olympic Games in Barcelona. Roberts also helped shape ESPN’s coverage of women’s college basketball. Her reporting repertoire earned her many accolades throughout her career, including the Walter Cronkite Award for Excellence in Journalism and an induction into the Broadcasting & Cable Hall of Fame.

But apart from her success, Roberts had her share of struggles. In 2012, Roberts was diagnosed with MDS, a rare blood disorder affecting the bone marrow. Rather than dealing with the diagnosis privately, Roberts became a public advocate using her platform to spread the message and encourage viewers to become more educated on the diagnosis. The coverage of her diagnosis earned her a Peabody Award. Roberts believed she was a messenger as a public figure to overcome adversity and inspire others worldwide.

“It’s not what you accomplish, it’s what you overcome to get there,” she said.

Georgia State University student Tyrik Wynn participated in his first NABJ/NAHJ virtual convention this past summer as part of the organization’s Student Projects.

The program provides students with reporting, writing and leadership experience during the convention held in August. Initially, Wynn wasn’t sure if he would be able to participate in the program, but program organizers learned of his journalism experience and brought him on board. Wynn shared his experience about NABJ Student Projects with AABJ:

When I first joined the project, NABJ hosted anchor auditions for the newscasts. The next day, I was able to meet everyone who was a part of the project, and try out for the anchor audition. The mentors said I did an amazing job with reading the script, but they said I was extremely loud and I needed to tone my voice down. I took their advice and began to work on volume control while on camera.

Shortly after the audition, Denise James, one of my broadcast mentors, gave me my next assignment which required me to produce three packages within one week. When the convention week came, I was ready and thought student projects were going to be a breeze, I was sadly mistaken. I had my work cut out for me.

Since I had three packages, I had to schedule over 10 virtual interviews. I was also told I had to anchor two newscasts as well. I was learning how to work under pressure and tackle multiple projects at once.

One of my news packages focused on Dorothy Tucker’s first year as NABJ president. My other two packages were on NABJ elections and the NABJ/NAHJ’s first joint virtual convention.

Working on Tucker’s first year as NABJ president was my favorite assignment because I was able to interview her, which I considered a big honor. Tucker opened up to me about her first year and even talked about her experience having the coronavirus and how it affected her work.

The schedule for the NABJ Student Projects was very demanding. Each day, we began at 9:30 a.m. and my workday often ended with late nights. For one week, my life revolved around student projects; I couldn’t focus on anything else.

Tyrik Wynn is a junior at Georgia State University.

Did you know that AABJ is part Kroger’s Community Rewards program?

Yes, every time you use your Kroger Plus card when you checkout at any Atlanta division Kroger location (Georgia, east Alabama and South Carolina), AABJ can earn money — but you must sign up online for a Kroger.com account.

Signing up for a Kroger.com account also allows you to manage your card information, including address, phone number (in case you don’t have your Kroger Plus card, you can still get your savings by entering your phone number on file), track your fuel point, load digital coupons to your card and if you are a Kroger Pharmacy customer, even manage your prescriptions and refills.

If you don’t have a Kroger.com account, here’s how to set yours up and donate to AABJ.

This is edition of The Byline was edited by Raisa Habersham and Tianna Faulkner. The Byline will be taking a hiatus for Decemeber and will return in January. Have a happy holidays and new year!