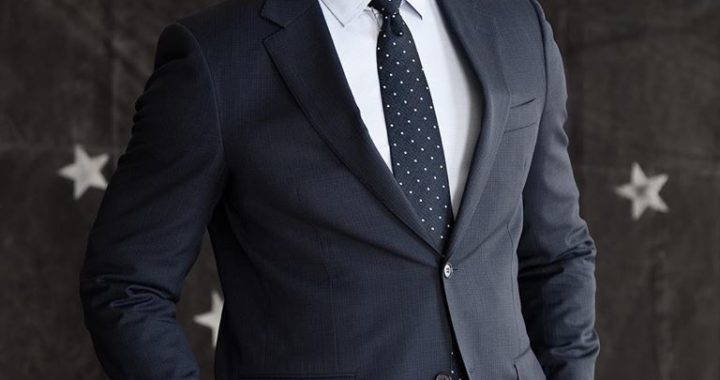 The narrative of Black men in the media needs to change, in more ways than one.
There are plenty of Black faces in front of the camera. Now is the time to have the discussion about the faces behind the camera. Who are the people making decisions about which stories are being told and how?
AABJ will tackle this subject on June 1, 2019. This year’s focus for the Black Male Media Project is “Becoming a Gatekeeper.” We’ve invited six panelists in different decision-making roles to share how they landed their job, the impact it has caused, and how can we get more Black men involved in decision-making roles.
This project was designed to help change the narrative around the lives and images of Black men in the news and in society, with a series of workshops nationwide to be held on Saturday, June 1, 2019. Participating NABJ chapters will promote the project – which is open to anyone who is passionate about this movement – using the hashtag #InspireBlackMen

After all, who’s best to tell the stories of Black men? Other Black men.
Here’s a look at some of the guest speakers for this year’s event:

Lunch will be provided.

Be sure to spread the word and buy tickets here.

AABJ’s $43 for 43 fundraising campaign is still ongoing. In its 43rd year, we are asking members to donate $43 to go towards programming, scholarships, and events throughout the year. Be sure to invite your friends, coworkers and anyone you know that supports our members in print, communications, public relations, radio, broadcast, digital and the many trailblazers in the literary world. Be sure to share our campaign on your social media by using the hashtag  #AABJ43.

“We need a speaker who can reach the students, not only emotionally but mentally,” said Dr. Margaret Spriggs, CAU chair of ceremonials. “This year at our commencement we want the students to know that they have a responsibility to uphold and to leave them with an example of how to lead in the future.”

Most of the time, high profile figures have calendars that needs to be adjusted at least one year in advance, and the committee at Clark was able to confirm Andrew Gillum within weeks of them reaching out.

“Our students are worth a leader who connects with their audience and Andrew Gillum provides that,” Spriggs said.

Last year, Don Lemon gave the keynote address for the class of 2018 and left the students with a message to “be aware of your environment.”

Camille Taylor is a sophomore at Clark Atlanta University

According to The Williams Institute, over 260,000 adults live in Georgia, 37 percent of them are African American. SFQP is one of multiple groups in Georgia working on LGBTQ issues and bringing this community’s stories and skills into the light.

Every month, members of SFQP gather together on the third Sunday to plan events, create programming and brainstorm ideas. The group has no dues, fees or prerequisites to become an organizer to these events.

Besides their two festivals, one in June in Atlanta and one in May in the Durham, North Carolina, the organization holds monthly events. Those events range from workshops and skill-sharing to productions and discussions.  In their Southern Fried Forums (SFF), for example, they hold an open, community discussion around challenging topics like intimate partner violence and racism in the queer community. Their Cinequeer Film Series event features films directed, written and/or starring and centering queer and trans people of color.  In March, they showed “America In Transition,” a documentary about social change from the perspective of trans people of color. They also have a seasonal music and art showcase spotlighting queer and trans people of color(QTPoC) called CLUTCH.

According to their website, the organization expects to open a space to hold events events and art exhibits and to have a resource center, potentially including a coffee shop, by 2020.

How long have you been a member of AABJ?

Where did you attend college?

Clark Atlanta University; Class of 2019; B.A. in Mass Media Arts with a concentration in Journalism

How long have you lived in Atlanta?

What do you like most about being a member of AABJ?

I appreciate the mentorship that is provided.  There have been many networking opportunities provided by AABJ and, from my experience, I have met members who have been intentional about remaining in touch with me and guiding me on my career and personal path.  In addition to, I appreciate AABJs dedication to helping students with scholarships. Though I am no longer in college (as of recently), I will never forget when AABJ funded my trip for my first NABJ convention in 2017 and ensured I was given tips on how to have a successful experience at the convention.

What initially got you interested in the media/communications field?

As a child, I watched Monica Kaufman Pearson, a former anchor for WSB-TV, and I was inspired by how confident and well she was able to broadcast news. I knew I wanted to tell great stories and have a strong presence as an African American on camera. I also loved how visually appealing a news story could be, therefore I practiced graphic design, editing and anchoring each chance I could.

What are your favorite publications/outlets to get your news?

Essence magazine, CNN, The New York Times and the AJC

Is there anyone in media you look up to? Why?

Director and screenwriter Ava DuVernay is someone in media I look up to.  Her genius ability to highlight the real-life struggles and triumphs African-Americans face and her compassion for community inspires me to create programming that is true to people’s experience. I also look up to her because she welcomes opportunity for women directors to have a chance to direct her shows – she does not only seek creativity from her own mind.

What’s an interesting fact about you people wouldn’t have otherwise known?

I am a former volleyball player, and I still enjoy playing in my community.  I am a great defense player! (People would not expect, because I have a quiet, reserved personality)

This month’s Byline was edited by Amir Vera