This issue of the Byline features two talented journalists who have established themselves as experienced political reporters early in their journalism careers. 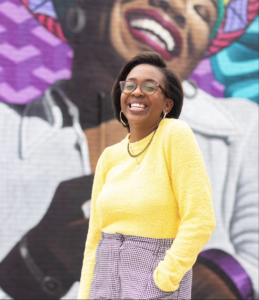 Maya King is proving in her short career that she is a rising star. Just three years after graduating from Howard University, where she studied print journalism, she has worked for world renowned media companies; NPR, USA Today, Politico, and now the New York Times.

King who was named after poet and civil rights activist Maya Angelou grew up in a family of political observers. She herself has always been interested in politics, which is why she covers politics today, specifically politics in the South for the New York Times. Her first job out of college was a political reporting job. Soon after, she had the pleasure of covering the 2020 presidential election and has continued to cover politics to date.

“Covering the 2020 presidential election, I learned everything I could as fast as I could about journalism and writing about politics. Then COVID happened, where everything went online,” said King. “Through that experience, I now had many learning experiences in one which made me a better reporter.”

Today King’s political beat includes covering Georgia politics and high-profile political candidates like U.S Senator Raphael Warnock and Herschel Walker. Her expertise has afforded her opportunities to be a guest speaker on political shows like Georgia Public Broadcasting’s “Political Rewind,” where she talks about Georgia politics and the top political stories of the day.  When asked if she would ever consider broadcast journalism, she said she prefers print journalism because she really enjoys writing.

“I was named after Maya Angelou which is the reason why I write,” said King. “I aspire to be like journalist and book author Isabel Wilkerson and would love to be a national print correspondent one day. I really like to write.”

While in college, King was recognized and received an award from the National Association of Black Journalists (NABJ) for her writing. As she continues to grow professionally, more awards are sure to come. She has always covered politics and is enjoying her writing job at the New York Times. In the future, she sees herself teaching at Howard University, writing books, and continuing to write for the New York Times. The key to her success is keeping her options open.

What King finds rewarding about her work today is that she talks to so many different people and she learns something new every day and likes to hear people’s stories. Sometimes her work schedule and work hours are very long, which can be challenging. Her advice to current journalism students is to keep going, keep writing, to not turn down opportunities, and to enjoy your time in college when people (professionals) are willing to talk to you.

Speaking of her journalism career, King says it has been quite an adventure covering campaigns, black voters, polling, protests against systemic racism, and the Georgia Senate race.

“My job is unpredictable, but also exciting,” said King. “Things change so much. Politics changes along with the world. You have to stay abreast of things.” 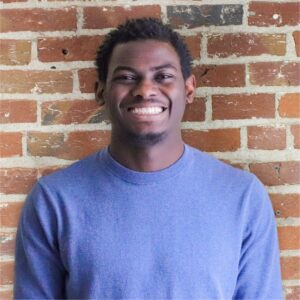 Like many people in their careers, Kendall Glynn was fortunate to secure his current position as a freelance journalist for Atlanta Civic Circle. One good opportunity led to another and now he’s doing something completely different than what he thought he’d be doing. His passion for writing put him exactly where he needed to be every step of the way throughout his journey.

Kendall Glynn is a graduate of Georgia State University, his first experience in landing into something. Georgia State wasn’t his first choice and — like many students — Glynn didn’t have a clear view of what he wanted to major in.

“I went from English to PoliSci (political science) — not for me,” said Glynn. “Then I said ‘okay, I’ll try Public Policy — not for me — then I went to Film and Film was where I first started to get what I wanted.”

Glynn quickly found the link between what he was doing in his film courses and what he enjoyed doing with English. He was able to find a major and concentration that fit his interests and set him up for the career he wanted.

The last couple of months of his senior year in college were shortened, as well as the opportunities he was afforded through Georgia State University, due to the 2020 COVID-19 pandemic. Upon graduation, Glynn felt that he didn’t have a tangible product to show employers and his resume didn’t match up with what he really wanted to do. So, he made an opportunity for himself and began freelancing.

“It went terribly,” said Glynn. “I picked up a couple jobs, but I didn’t really know what I was doing in the freelance market. I was pricing myself way too low and it just wasn’t going well, which is when, later that year, I started my newsletter.”

Glynn started his newsletter as an opportunity to get back in touch with his passion for writing and began to write about topics he cared about. It was also a great way for him to share his writing style, skills, and viewpoints with others. The newsletter and his first try at freelance writing taught him important lessons which he uses today.

“The big thing is you have to figure out how you see your talent,” said Glynn. “Just like every other job in the job market, there’s this gap between coming out [of college] with no experience and what they want for an entry level job, and you have to figure out a way to bridge this gap. And bridging this gap can sometimes take time.”

Working in marketing also helped shape Glynn’s writing and better prepared him to try freelance writing again. Glynn felt that he learned what he needed to confidently freelance his writing, pitch, and apply to companies. This is how he got his freelance job writing for the Atlanta Civic Circle (ACC).

Glynn was initially apprehensive about pitching and accepting a position with Atlanta Civic Circle only because he felt he had overdone his work due to naturally writing longform pieces in his newsletter. To his surprise, the ACC called him back and asked him “So what do you want to do next?”

From there, Glynn landed into his beat writing about labor rights and politics and found his niche. His perspective and experiences in certain workplaces helped him connect with laborers and the small circle of other labor rights writers throughout the country. Glynn’s experiences also go to show that landing into certain positions work out in your favor, even when you’re not completely sure what you want to do.

This issue of the Byline was edited by Tianna Faulkner, VP of Print for AABJ.