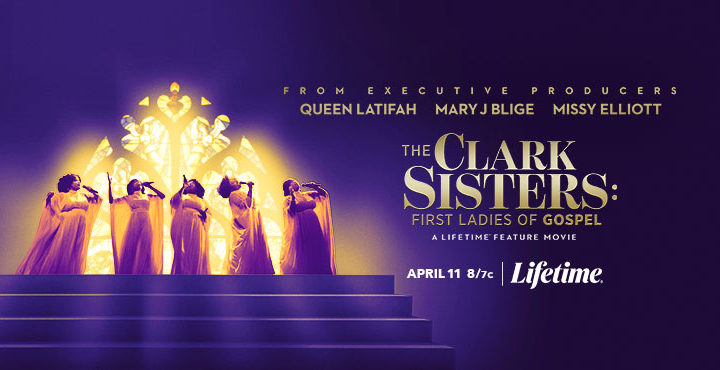 Hosted by AABJ President Amir Vera and AABJ Vice President of Print Raisa Habersham, the webinar provided insight into journalists’ coverage of the coronavirus pandemic  and how the shelter-in-place orders have affected their work. It also touched on challenges Howard and Stirgus face covering the virus and how they have navigated them.

Howard said she was excited about the way journalists are seen as the prime source of relative and factual information for the world.

“When it comes to journalism, one thing that has emerged in this pandemic is that we are becoming the ones that connect the dots for people,” Howard said. “I’m really proud of journalists for doing this. It’s our responsibility to connect the dots now that we have this kind of data. It’s more important now than ever.”

“The biggest challenge for me has been keeping up to date with all the information coming out,” Howard says, “Every day there’s a new press conference across the country. Sometimes it can be difficult to juggle, but you just say ‘hey, this is what I plan to tackle today and I’ll do the others tomorrow.’”

The idea of a pandemic spreading has always been a major concern to health experts and scientists, especially with pre-existing scientific theories now coming true by certain scientists. Eric Stirgus says we need to listen to our fellow scientists.

“One thing I’ve seen in the science industry in recent years is they explain things in the simplest terms”, Stirgus said.“Keeping up with science updates helps with your research and asking the question of how important or serious is this.”

Since the pandemic began, many journalists are confined to their homes and have less access to newsrooms. “Covering it from home and not having the screens I would typically use has been challenging,” Howard said.  “It’s kinda crazy how it’s the biggest story of the decade and we’re doing it all from home.”

Before the pandemic, Stigus would bounce story ideas off colleagues, but that’s been difficult to do since they aren’t working in the office.

“One challenge, since we’re not in the newsroom, is not interacting and conversing with different reporters,” Stirgus said. “We have a messaging app we use, sometimes it’s helpful and sometimes it’s time-consuming. It’s helpful technology-wise to have those tools but I’m also missing the human interaction.”

“One thing I started doing which is helpful is to constantly switch from different news outlets. I always monitor who’s doing what in different networks right now,” Howard said. “This is a local, national, and global story. Instead of keeping an eye on what’s going on in the global news, I’ve been focusing more on what’s going on in the international news. Coming out of the (United Kingdom) and Australia. That’s actually been a great way to find stories as well.”

Stirgus made it a point to reach out to his interviewees in an effort not to misinform the public.

Journalists from around the globe are challenged with informing the public from a distance. Jacqueline Howard and Eric Stirgus reminded everyone watching this webinar that they are not alone in this process and to remain confident in your work.

Elisheva Wimberly is a rising senior at Georgia State University.

COVID-19: How the virus has affected AABJ members

COVID-19 has affected journalists across the nation, resulting in lost jobs, income and opportunity. We asked AABJ members how they’ve been affected by the pandemic. Here is what you said:

Greg Morrison: Taking in the news has been difficult

I have been working from home for five years, but I find myself in need of a hug from my grandchildren. I have stayed at home only going out for medical appointments. My daughter has been doing our grocery shopping. At first, we experienced food shortages in some stores, but things have

calmed down a bit. My capacity to absorb tragic news both locally and hearing about friends and people I know in other cities is being tested. I take the attitude that this too shall pass and we will emerge with a new respect for simple things. (To maintain work-life balance,) I work a few hours, take a walk, enjoy some music, work a few hours, and read for pleasure. Additionally, I walk a 3-mile route through the neighborhood a few times a week and reduce food portions at mealtime.

Allison Joyner: Dealing with my mental health is now a priority

As a freelance writer, I am concerned about my niche, HBCUs, and how it

will affect the schools from an enrollment and fundraising standpoint. Dealing with my mental health has now become my priority, and it has caused me to only work a few hours a day. Having Zoom and FaceTime meetings with friends, family, and colleagues has helped, but I miss seeing them in person.

Joy Woodson: I’ve been working around the clock to get everything done

I am busier now than I was before the pandemic. And, I’m not sure why that is. Some of the increase in work is related to the shutdown, but some of it is not. My biggest concern isn’t even getting sick from COVID-19, it’s the stress that a situation like this creates all the way around. I like working from home, but when you’re basically stuck inside, it’s not the same: It’s confinement. And, that’s not good for sanity or productivity over the long term.

In addition to work and all the new procedures just to get groceries, I was an MBA student in my last semester. One of my professors did very little to change our assignments and deadlines, despite classes being canceled for a spate. I ended up working around the clock to get everything done in my life, school, and job. I try to run two to three times a week to help with the stress of it all, and I turned off notifications on my phone. I know things are due for work, but I can’t have my phone going off a million times a day for every meeting or group chat notification.

(To relax), I’ve been running, listening to podcasts, and talking to friends and family. I hadn’t listened to podcasts before all this, and I find them very helpful now when I need to tune out the news.

Ila Wilborn: I live with an essential worker

I’m doing well. My biggest concern is the well-being of everyone around me.

I have an essential worker in my household and I worry about their health, as well as mine since we are around each other daily. Working from home has been a bit of a challenge. My job is a bit more difficult than it would be

if I were in the newsroom. However, I’m coping the best I can by continuing to work through the tough days, asking for help when I need it, and planning in advance. I try to debrief every day from work by talking to family and friends. Additionally, I work out daily and I’ve made it a priority to eat healthy foods. It’s more difficult to eat out now so that helps!

The vignettes were edited for length and clarity. They were complied by AABJ VP of Print Raisa Habersham.

The society in conjunction with the school’s mass media arts program hosted “For the Culture: The Rise of Black Culture In Television & Film” with “The Clark Sisters: First Ladies of Gospel” filmmaker Christine Swanson and Stephanie Eugene, managing editor of Cinema Noir, a website dedicated to celebrating the African diaspora in Hollywood.

The women discussed the importance of networking and representation in media. Swanson said building a network as a student is vital because the same students you are working with now are the same people you will work with in the next 10 to 20 years.

“Create relationships and working relationships that are mutually beneficial and functional for where you are,” she said. “Understand that you are not just going to school. This industry is not based on talent or grades. It is relationship-based.”

Swanson said in many cases, people get film jobs based on word of mouth. “Lay the groundwork and build the relationship in an organic way,” she said.

Eugene and Swanson also touched on the difficulties of selling and telling your stories as black people and getting others to see your vision. Eugene said part of the problem is people haven’t been exposed to a different point of view.

“I think as far as our stories being told, we’re not a monolith, there are nuances in the Black experience,” Eugene said. “Over time, we see more and more of that in the mainstream media but I do think there is room for more.”

Swanson said telling the Clark Sisters’ story on screen meant a lot to her because she wanted to create something people can connect to.

“I love normalizing gospel singers from Detroit … to me they were always larger than life,” she said.  “Just because the world didn’t know them in the way that we see them does not negate the need or the capacity to show them in that light. That’s not the goal. The goal is to humanize these women in such a way that other people can connect and relate to.”

Eugene said branding is also important when it comes to the film industry, emphasizing that authenticity is key when developing your personal brand.

Greer Wilson is a recent Spelman College graduate who writes for Around The Rings, a website covering the Olympics.

This issue of The Byline was edited by Raisa Habersham and Tianna Faulkner.