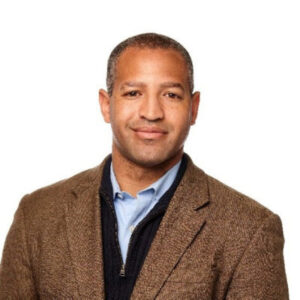 Maintain Their Mental Health During COVID-19

Being isolated for almost two years caused significant problems in society and we see that in data.” That’s Abdul Henderson’s take on the pandemic. Henderson is the executive director at Mental Health America of Georgia. He says Georgia still has room for growth when it comes to dealing with mental health. And the data backs that up, non-profit Mental Health America (MHA) says, Georgia’s overall ranking is 31 out of the 50 states and Washington D.C. The report ranks the states around adults and accounts for those with any mental illness, serious thoughts of suicide, mental health access, etc. The start of the pandemic left thousands of residents out of work and uncertainty left many to develop unwarranted thoughts.

And that combination of factors caused people across The Peach State to reach out for help. On June 20, 2020, the Georgia Department of Behavioral Health and Developmental Disabilities highlighted the state’s Crisis and Access Hotline received 800 calls. That’s double the amount received the previous year. The Atlanta Journal-Constitution reported an average of 650 calls between July 26 and Aug. 25 during the same year. Communities of color suffered a disproportionate impact from the pandemic. Primarily, economic vulnerability has led to these communities being uninsured, therefore, reducing health care access. There is also a stigma surrounding mental health. For example, in the Black community mental health illnesses are seen as weaknesses instead of serious health concerns.

“In communities of color specifically, we have to recognize it’s okay to not be okay and seek out treatment,” Henderson pointed out.

But the silver lining of the pandemic was that mental health resources became more accessible digitally. The digital health industry saw an overall increase in profits and start-ups. In the first half of 2021, the industry made $15 billion, according to Mercom Capital Group.

“The use of technology is important in creating access, especially in low-income and rural communities,” Henderson stated. “As long as the company has a licensed professional on the other end that is talking to a client, I feel confident that the platform is credible.”

Henderson commented, “This bill lays the foundation because it addresses parity, workforce needs and children’s behavioral health. We believe that it will improve our national ranking in terms of providing more access.”

If you or someone you know wants more mental health resources, you can visit the Mental Health of America of Georgia website to learn more about advocacy and programs. For more information or to reach the COVID-19 Emotional Support Line from 8 a.m. to 11 p.m., call 866-399-8938. The Georgia Crisis and Access Line is available 24 hours a day, call 800-715-4225.

“Make sure this is what you want to do. Like a lot of industries, this one is based on you being a commodity for a business.” That’s Trayce Hutchins advice on balancing motherhood and a career in broadcast media.

Hutchins is an evening anchor for CBS 46 news Atlanta. She has worked in the media industry for nearly two decades. Hutchins has covered everything from hurricanes in Fort Myers, FL to events and heat waves in Phoenix, AZ, to breaking news in Atlanta, GA.  During this time, she has balanced being an active mother while still pursuing her career.

“It’s not always easy. Sometimes you have to set boundaries and priorities in terms of what you try to accomplish day to day,” the news anchor said.

Hutchins is grateful that her current role allows her to prioritize “mommy-daughter time” with her daughter, which now often involves binge-watching television shows in the evening. But that wasn’t always the case. When her daughter was younger, Hutchins said she had to pick up and move to different cities to follow new opportunities.

“When my daughter was younger, we moved a lot. For my career, it’s generally every three years I have a new contract. Every two to three years I would move for another opportunity. The biggest sacrifice at that time was not planting roots, because that’s not what the career path called for at the time.”

However, moving to Atlanta allowed Hutchins a more stable life and her daughter was able to matriculate through her academic career in the same city. Hutchins advice to mothers is for moms to have a strong village. She emphasized how important it is to have a support system while being a mother in this field because journalists are often away from home and family.